Narcissistic Personality Disorder (NPD) • Spotting the Narcissist in your Life

We all know one, or think we do: the person whose bloated sense of self is disproportionate to his or her actual merits. The term narcissist has been liberally deployed in popular culture, and not only describes a passel of exasperating relatives, annoying friends, and mean bosses and exes, but also presidential nominees, political figures, wealth coaches peddling quick-rich schemes at rah-rah events, stars of reality TV and the entire generation known as the Millennials (children born between 1982 and 2002).

Is narcissism really so widespread or on the rise in the general population? A growing consensus among mental health professionals does not think so. Genuine pathological narcissism has always been rare and remains so: It affects an estimated 6.2 percent of the general population (Stinson et al. 2008), and that prevalence has remained significantly stable. So while we are casually “diagnosing” friends, relatives, and work colleagues, true pathological narcissists in our circles may fly under the radar of detection because most of us don’t understand the many manifestations of the pathological disorder.

A “normal” sub-clinical presentation of narcissism is found in everyone to varying degrees, and such individuals are often psychologically well adjusted with healthy Egos and often functional and even successful. They may also happen to indulge in the occasional selfie, and boast now and then about their well-earned accomplishments. This distinction is important, as individuals with pathological narcissism on the other hand, are rigid and volatile, and unable to manage day-to-day life well. They are miserable when things don’t go their way, particularly when they are forced to confront their inadequacies by others who shun them and cause them to feel small.

The pathological variety of narcissism are:

Narcissistic Supply: The Care and Feeding of a Narcissist 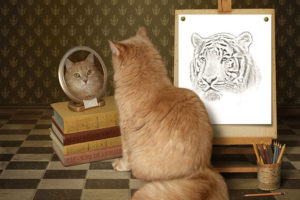 For the true narcissist, a grandiose yet vulnerable self-concept appears to underlie the chronic need for a continuous source of external self-affirmation. Narcissistic Supply is a concept introduced by Otto Fenichel in 1938, to describe a type of adulation, interpersonal support or sustenance drawn by the narcissist, from people in his environment. The narcissist actively solicits and cultivates Narcissistic Supply from others, depending upon them to sustain his fragile self esteem and dysfunctional Ego.

In so doing, he also constantly courts possible rejection, criticism, derision, and even mockery. He is shamefully aware of the risks associated with such a crippling dependence and struggles internally with his weakness, dreading possible disruptions in the flow of his drug: Narcissistic Supply.

The Destructive Force of Narcissistic Injury

While the narcissist may act pompous and haughty and put on a show that nothing fazes them, their hypersensitivity to criticism haunts them and speaks to their inward self-loathing. This leaves them humiliated, degraded, hollow and empty.

When the narcissists’ facade of charm and deception gets cracked, their whole world bursts apart. They become prone to raging, lashing and acting out, and to an all-consuming pathological envy, all of which are expressions of Narcissistic Injury, a phrase used by Sigmund Freud in the 1920s. Anything that a narcissist perceives as a threat to their carefully constructed false-self or to their sense of dominance is considered Narcissistic Injury.

The narcissistic individual therefore experiences a split within his psyche and is highly polarized between either grandiosity on one end of the spectrum, and on the other end, total worthlessness and self-loathing. They suffer regularly from repetitive, violent oscillations of self-esteem, shifting dramatically from the heights of grandiosity to the depths of depression.

In order for a person to be diagnosed with NPD, they must meet five or more of the following nine criteria as stipulated by the Diagnostic and Statistical Manual of Mental Disorders (DSM IV):

Prevalence and Age and Gender Features.

Prevalence of lifetime NPD is found to be 6.2% in the general population, with rates greater for men (7.7%) than for women (4.8%) (Stinson et al. 2008). To earn the diagnosis, the symptoms must be severe enough that they significantly impair the individual’s ability to nurture meaningful relationships with others. Symptoms also generally impair an individual’s ability to function at work, school, or in other important settings (Stinson et al. 2008).

We must carefully distinguish between the narcissistic traits of adolescents and full-blown clinical NPD. Healthy narcissism is an integral part of an adolescent’s developmental growth, that is characterised by the motivation for self-definition, differentiation, separation from one’s parents, and individuation. Adolescent narcissistic assertiveness must not be confused with Narcissistic Personality Disorder (NPD). One could argue that every generation seems a little more narcissistic than the last. An overabundance of self-confidence observed as strutting, preening, posing and posturing, is a natural part of growing up for adolescents born into the age of selfies and social media. These expressions are simply the signs of early adulthood—it’s often the first time these youngsters are putting themselves out there, looking for romance and dating, applying for first jobs and assessing potential life partners. Overconfidence is how they muscle through the big changes and individuate during the developmental years of adolescence.

NPD usually develops by early adulthood and becomes exacerbated as the narcissist grows older. Society’s obsession with youth and beauty in popular culture can lead narcissists who are preoccupied with their appearance and mental agility, to feel vulnerable as they age. The contrast between a narcissist’s youth and prime and his decrepitude and growing fallibility, constitutes a permanent Narcissistic Injury (Vankin, 2003). This painful and devastating realisation is expressed either through frequent bouts of narcissistic rage, or quiet retreat into the depths of depression. Feelings of hopelessness, inadequacy, desperation, and confusion take root; feelings the aging narcissist cannot tolerate, nor process. 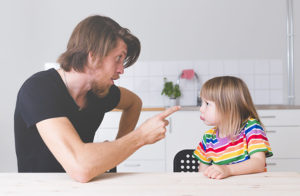 There is considerable speculation and a multitude of theories assigned to the causes of Narcissistic Personality Disorder. Some scientists believe narcissism is primarily genetic, but that the “right” environment is needed to “switch on” the genes for NPD to be expressed. In one study, a high-frequency recessive gene, tryptophan hydrolase-2 has been implicated as a genetic explanation for the personality trait and for the more severe NPD (Gutknecht, et al, 2007).

Other mental health professionals strongly assert that the roots of narcissism lie in childhood attachment experiences with primary caregivers and parents. Some believe over-critical and demanding parenting methods result in the development of NPD, while others believe the opposite is true, and that permissive, over-indulgent parenting styles are to blame.

Narcissistic Personality Disorder treatment presents a challenge to mental health professionals because many people with NPD don’t believe they need treatment. Signs of NPD are often more recognizable within organizational, social, family, and legal or forensic settings. Treatment is sought only when they are facing serious ultimatums, failures, losses, or other consequential realizations. When in treatment, they are known for their reluctance, negative therapeutic reactions, and early dropout.

How not to Raise a Narcissist – Two Parenting Styles to Avoid 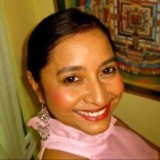 Shyla is the Founder and Senior Counsellor at Therapy Rocks. She has a Master in Social Science (Professional Counselling) from Swinburne University of Technology (Australia) and a Bachelor of Science (Honours) from the National University of Singapore. She is an experienced counsellor, therapist, writer, and educator who has helped many find their way in love, life, and well-being.